If an abdominal disorder occurs, in most cases the ultrasound examination provides a fast, effective and painless solution for the detection of the cause of the dysfunction. Since sonographic screening has no harmful effects at all, it can be performed at any age and repeated as many times as required. Ultrasound testing is also an important diagnostic method to clarify the possible causes behind uncertain abdominal complaints and abdominal pains. By means of the ultrasound examination certain abdominal organs can be screened during their operation too, both from the anatomical and the functional sides.

Injuries and serious or urgent conditions, which are in the background of acute abdominal pains (like appendicitis, bowel obstruction, intestinal invagination, lymph node enlargement – lymphadenitis – due to infection, ovarian torsion), can be well diagnosed by the help of the abdominal sonography too.

What can we examine with an abdominal ultrasound?

It is important to mention that owing to the air content other diseases of the stomach cannot be practically examined by ultrasound technique.

In the background of children’s complaints related to the kidney there may also be kidney stones, or in case of a urinary tract infection an inflammation of the renal pelvis. In the case of inflammation of the renal pelvis, the specialist, with the help of ultrasound scanning, should rule out or detect any developmental disorders (which may be predisposition factors for this problem) as well as  the complications of the infection. Ultrasound examination can also detect abnormalities, such as dilatation of the renal pelvis and the ureter, which may be produced by kidney stones that by getting out of the kidneys got stuck in the next part of the urinary tract, in the ureter. In the presence of certain developmental disorders the radiologist may also observe a wider renal pelvis. These are, for example the constrictions (narrowings) at different segments of the urinary tract, which make urination difficult. Vesicoureteral reflux disease can cause similar abnormality. This disease is when urine flows back from the bladder in the direction of the kindneys.

Due to the extensive dilatations and the vesicoureteral (urinary) reflux, the pressure in the kidneys increases, which can lead to the destruction of kidney tissues. This is why it is utmost important to detect urinary tract disorders in due time because in the long run these conditions may cause recurrent infections and kidney damage as well.

In children, ultrasound scanning is also the principal examination method to detect acute intestinal conditions like intestinal twisting (volvulus) or intestinal invagination, which can both lead to bowel necrosis though the disturbance of the intestinal blood supply.

Ultrasound examination of the lesser pelvis

Being a part of the general screening test, sonography (ultrasound scan) can play a very important role in maintaining the health of our children. That is why it is one of the most important imaging techniques which we use in pediatrics. 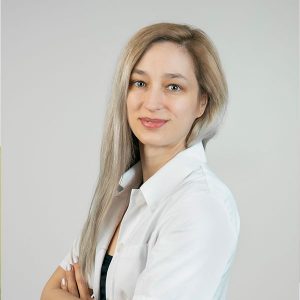